In what is being hailed as a “milestone achievement,” a mathematical modelling system developed by Systems Biology Ireland (SBI) at University College Dublin will be used as a basis for treating pancreatic cancer patients in a Phase II clinical trial in the United States.

The mathematical modelling system was originally published in Cell Systems in 2018 and predicts drug combinations which work to inhibit cells with RAS mutations found in cancer.

“The model itself is a next generation dynamic model that allows the simulation of complex biological effects arising from the interplay of genetic mutations, biological network context, protein modifications, and protein structures,” explained Professor Boris Kholodenko, senior author of the Cell Systems study and Deputy Director of SBI. The model was developed as a collaboration between Systems Biology Ireland and the groups of Professor Richard Posner, Northern Arizona University, and Professor William Hlavacek at the Los Alamos National Laboratory, USA.

Professor Walter Kolch, Director of SBI and co-author on the paper, emphasized, “This model can really predict treatments tailored to individual patients. It is a big step towards SBI’s big vision of building ‘digital twins’ of patients that allow us to test treatments in silico and select the best one before we give them to patients.”

About 30 percent of all human cancers are driven by RAS mutations, which typically lead to very poor prognoses. The mathematical model developed in SBI predicts how oncogenic RAS signaling can be efficiently blocked by inhibiting RAF kinases, which are main transducers of RAS-driven growth signals. This has been tried before, but without success.

Pancreatic cancer, of which about 90 percent of cases have RAS mutations, is the focus of this clinical trial. The trial is titled “Phase II Trial of Vemurafenib and Sorafenib in Pancreatic Cancer” and is sponsored by HonorHealth Research and Innovation Institute of Scottsdale, Arizona, USA, with Bayer and Genentech, a Member of the Roche Group, as industry collaborators providing the drugs. It will recruit pancreatic cancer patients who - according to the predictions of the mathematical model - will benefit from the Vemurafenib + Sorafenib combination.

“This is the first clinical trial I’m aware of that is based on a mathematical model of signal processing,” Kolch said. “It took quite a long time to organise, about two years, and the efforts put in by the clinical team led by Dr. Erkut Borazanci and Dr. Daniel Von Hoff, were amazing. Only when I heard that we had finally been approved, did it dawn on me what a big milestone this is.”

The clinical trial was initiated by a group of researchers at the HonorHealth Research and Innovation Institute after the loss of a colleague, Dr. Nate Nieto. Nieto was a microbiologist at Northern Arizona University who passed away from pancreatic cancer in 2019, at the height of his research career.

If proven successful against pancreatic cancer, this clinical trial could lead to extensive applications in other RAS-mutant cancers, such as colorectal and lung cancer. The trial is taking place in the United States and the plan is to enroll approximately ten patients within the next year. The hope is that the first phase of this trial will work within about two years, and then the scientists can roll into phases two and three of clinical trials unhindered.

This paper came out of an earlier paper first published by Kholodenko in 2015, in Cell Reports: “Drug resistance resulting from kinase dimerization is rationalized by thermodynamic factors describing allosteric inhibitor effects,” available via: https://doi.org/10.1016/j.celrep.2015.08.014

The clinical trial is available to the public online:

Other important contributors to this study include Oleksii Rukhlenko, Fahimeh Khorsand, Aleksandar Krstic, Nora Rauch, David Matallanas, and Jens Rauch, and the USA collaborators include Richard Posner and William Hlavacek. 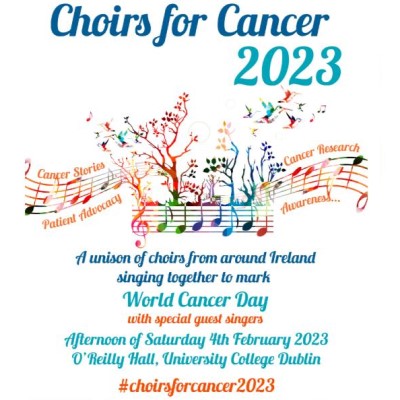