Doing a PhD during a global pandemic

The first mention of the virus was during lunchtime in the lab on a dull January afternoon. This was followed by a few concerned nods and a light debate before someone mentioned Netflix’s new show and the conversation moved along. Little did we know in a mere few months, a global pandemic would be announced and we would be shutting up shop. At this stage I was only six months into my PhD.

Rumours of lockdown started to circulate on a Wednesday morning amongst the research teams. Later that day, an official email was circulated confirming the closure of the lab until further notice. This was met with a wave of anxiety from my lab group. How would our work get done? What if one of us got seriously sick? A lab meeting was subsequently called and following some encouraging words from our supervisor, we hugged goodbye and parted ways not knowing when we would meet again. As I walked home my mind wandered to our charity partner NBCRI and how vital funds would be raised during this time. I also thought of those with BreastCheck appointments or those receiving treatment and how these people would be accommodated.

My mum, a natural worrier, wanted my sisters and I home once a nationwide lockdown was announced. I am part of a large family of six, the eldest of three sisters, mum, dad and of course our two dogs. It had been a good few years since we had all lived under the same roof so as you can imagine, adjusting to this was a challenge. There were arguments over the internet, noise during video calls and even who ate the last piece of cake put aside for someone else.

While initially I found it hard to be productive during such an uncertain time, developing a routine over the first few weeks helped me adapt to the change in my working day. Our weekly research meeting and journal club recommenced in a new virtual format bringing with it some normality. While I missed the physicality of lab work, this new way of working was a welcomed change. I began to do more in-depth reading around my project and worked on my scientific writing- even beginning a draft of my thesis introduction! I found I began to look forward to our group meetings on a Monday but mostly just to see that everyone was doing okay and to talk to someone other than my family! As the weeks went by and restrictions were slowly lifted, I began to wonder if we might actually get back to Galway. This was met with enthusiasm from our supervisor who mentioned a return to lab plan was in the works. Our research meetings became more intense but exciting as we all prepared plans and conducted order lists in preparation for our return.

On the 29th of June, following countless meetings, induction videos and forms, I finally stepped back into the lab after four months of working from home. The “new normal” took some time to get used to with most of us finding the first few weeks tough. Masks became mandatory making it hot and claustrophobic during work while glasses wearers had an additional challenge to face- fog! The lab days were short (due to rotating shifts) and lonely as we were capped at 25% capacity meaning little to no interaction. I think I found the lack of socialising like grabbing a coffee with a friend to rant or enjoying lunch together the hardest part to get used to.

As the weeks progressed, we were rewarded with longer working hours and increased capacity. This made the days easier, as we were able to meet (Two meters apart of course) and chat with each other. Finally, almost six months to the day since the closure of our lab, we had our first in person, socially distanced research meeting. This in itself brought a real sense of normality to my working day as we shared results and gave feedback to each other.

While there are of course still restrictions in place, I feel hopeful that my lab work will continue to be productive as the months go on. Doing my PhD during a global pandemic has been challenging but has given me a fresh perspective on what is important in life. I am grateful for my fantastic research group and supervisor who have been so helpful and understanding during these strange times. Despite the many arguments, I’ve learnt to appreciate my family more, as well as little things like a walk on the beach and brunch with a friends- something taken away from us all.

It is hard to believe that it has been almost a year since the launch of POI and the beginning of my PhD journey. While a difficult year, I look forward to the work to come, and in particular to being part of a large network of individuals striving to make a difference.

In October 2019, Elan McCarthy started her PhD with POI, under the supervision of Dr Róisín Dwyer at NUIG. Previous work by this group demonstrated the potential of EVs for treatment of advanced breast cancer. Elan’s project is focused on understanding how these vesicles interact with the immune system, and will be critical to successful translation of this approach to the clinical setting. Her project is co-funded by the National Breast Cancer Research Institute. 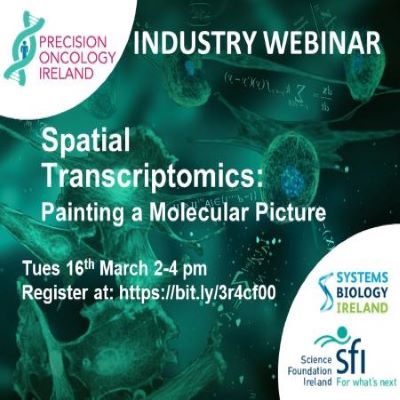